Will robot journalism impact the future of online press?

Robot journalism is becoming increasingly popular.  While such robots are still confidential to the general public, they are generating  a lot of fantasies in the closed circles of journalism and marketing. Yet, their use is still rather limited despite its huge potential.  As it turns out, a robot journalist could definitely be the hero of the next episode of Black Mirror. Indeed some journalists worry that such robots are on the verge of replacing them for the writing part and more generally fulfill their job. However, such a robot can hardly be seen as a journalist in my humble opinion for they are still incapable of conveying any human emotion in an article as a journalist would do, despite the clear progress of AI to imitate (more or less) the journalists’ writing style.

So what about their future? 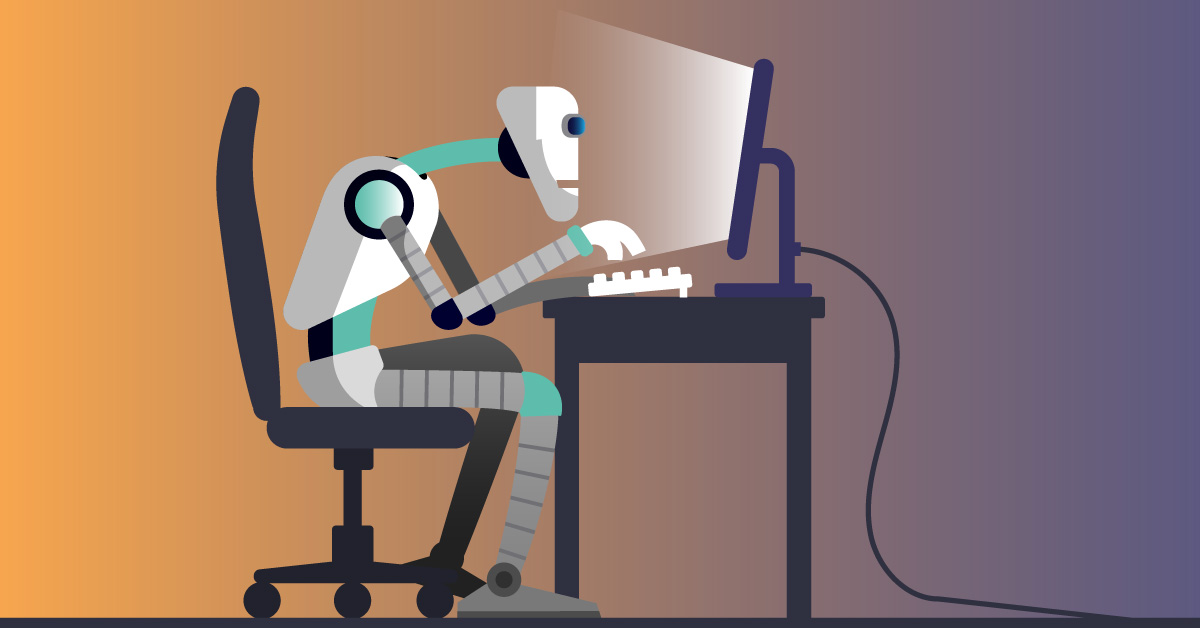 What is robot journalism?

Forget about the image of a robot quietly sitting next to a journalist and assisting her in writing her article for instance. Here, we are talking about an algorithm, an AI, rather than a physical entity, created by humans to fulfill precise goals.

The robot journalist is simply an AI, able to collect and gather information from as many sources as you can imagine on a specific topic and come up with an article about that very topic. As such, they can very efficiently write as many articles as you want on as many topics as you want. Collecting data and writing a survey about it as fast as you can say it. But its skills do not go much beyond this.

Read also: ‘Media marketing: The 1001 ways of cooking up your ideal newsletter.’

To illustrate this, let’s talk about Heliograf, a home-made  artificial intelligence developed and used by the Washington Post to cover big events on various topics, such as politics or  sports. This AI has already written more than 800 articles without requiring the intervention of a (human) journalist. Here is the perfect example of a sports article written and automatically published by Heliograf , the robot journalist.

Autonomous and super fast, this AI writes and publishes content at a crazy speed. Matching such performance would require substantial journalistic human resources, clearly not within the reach of most online media.

Obviously, Heliograf does not just gather the data from multiple source and write about it but  is also able to broadcast the article massively on social networks. Heliograf is indeed extremely active on Twitter, Alexa, you name it.  This robot does not only take care of the writing but manages the entire process from the article generation to its broadcast all over the planet.  We will actually come back to this and see that Heliograf is not the only one out there.

By definition, an artificial intelligence is not as smart as a journalist to process sophisticated topics, analyze data and come up with a relevant article on a given topic. This clearly requires a lot of “human” skills that are out of AI’s reach at the moment.

Clearly, topics managed by robot journalists shall not require in-depth analysis of context, any sentimental, emphatic dimension, etc. still not perceptible by AIs. Even if it were, for the moment, it is very complex, if not impossible for the robot journalists, to reproduce these characteristics, specific to each one of us.

Without drawing any hasty conclusions, it is this lack of human ability that restricts the use of journalistic robots to process topics other than factual ones such as relaying simple sports results, to political elections figures, or again cooking recipes. Typically, cases where a simple aggregation of facts or figures is sufficient to produce the information without the need for an analysis.

Why all online media and journalists could be led one day to leverage robot journalism?

Like any automation tool, robot journalism has a huge advantage, namely the high speed at which it can run a specific task while gathering data from many sources in record time. While keeping the robots under control, editors may change the way they manage their journalist staff so that they focus on interesting tasks rather than on the repetitive and boring ones.  Robots and journalists are complementary in that sense.  Beyond journalist robots, this is clearly the way that automation tools are leveraged these days. They help optimize costs and give the journalists the chance to stay focused and concentrate their efforts on analyzing and writing content that attracts a qualified audience and helps monetize their audience.

Automation keeps revolutionizing the media world and is now involved at all stages, from production to dissemination and analysis of results. If for now, we do not have enough perspective to assess whether the impact of journalist robots is positive or negative, we are confident that they are nowhere near replacing journalists. At most they can contribute to making their job easier and help them be more productive when it comes to very specific tasks.

As I mentioned above, a robot is clearly not able to detail a story, to put it in perspective and to support the narrative on key facts. In contrast, it brings its own set of skills. Opposing journalist robots and journalists is therefore very premature, but seeing it as a support to the journalism profession is proven. The tool can help advance the journalist in their work of research, writing and dissemination. This is up to journalists to leverage those tools as efficiently as possible.

To conclude, robot journalism should not hurt the job and could especially be very powerful, to automate the writing and personalize content. Publishers now have all the cards in hand to address their main concern : how to monetize content !

Also discover: ’When is the best time to send your newsletters?’

Are you an online press publisher and curious about new ways of personalization? Discover how personalization can help you in your daily work by downloading the Ouest-France customer testimonial and see howt hey leverage it for their daily newsletter.

You can also ask us for a demonstration of our customization solutions and tools.